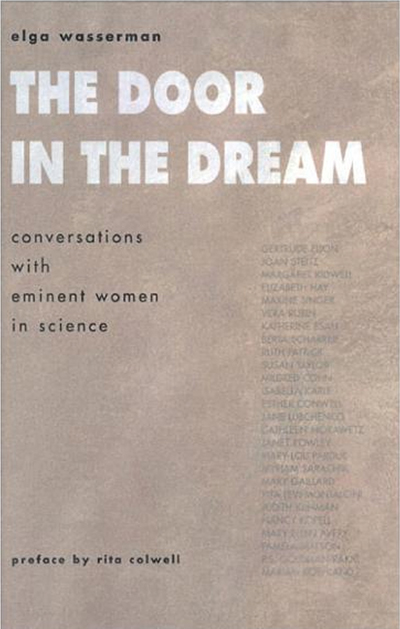 Synopsis: A collection of personal stories of the few women scientists who have achieved the honour of election to the prestigious National Academy of Sciences. Including several Nobel laureates, the career profiles and personal interviews have much to say to those struggling to overcome obstacles. From their passionate love of research to their struggle to balance the demands of home and career, the women share a great deal. At the same time, the portraits offer different insights about how being female has affected their careers. Among the eminent women interviewed are: Mary Ellen Avery; May R. Berenbaum; Mary K. Gaillard; Margaret Kidwell; Judith P. Klinman; Nancy Kopell; Marian Koshland; Jane Lubchenco; Pamela Matson; Cathleen Morawetz; Myriam Sarachik; Joan Steitz; and Susan Taylor.

Mini-bio: Elga Ruth Wasserman was one of Yale University’s most important champions of co-education. Yale women owe a lot to Wasserman, who was one of the chief implementers of Yale’s plan to admit women. In 1945, Wasserman accepted a graduate fellowship to study organic chemistry at Harvard University. She was one of only two women in the department. After she married Harry Wasserman in 1947, her adviser promptly lost interest in her career plans. In 1948, the couple moved to New Haven, Connecticut in 1948, for Harry’s faculty position at Yale. Wasserman continued her studies and received her Ph.D. from Harvard in 1949. While American women are still struggling for equal pay and good family leave policies, Wasserman’s contributions have helped move us towards a more equal future. As she said, “Because women are now teaching at Yale, men can see that women can hold positions of power even at the most elite institutions. If they were taught only by men, they did not think of women as equals. Yale still needs more senior women in the sciences.” – Adapted from New Yale Colleges Profile