I would like to thank Simon Cotton who put together this great list of books on Chemistry for us. Check out the following titles which I aim to feature over the coming weeks.

It’s an Ashes year and I’m a cricket fan, so you are getting 11 titles here. I’ve chosen books on a range of chemically related topics. Several of them are books that a chemist, possibly a teacher, would want to buy to make them part of their library, so that they can keep returning to them.

This is the book that all chemists wish they had had the idea of writing and it is certainly the one that changed my way of thinking. Crisply written, with a clarity and communication to which I can only aspire. The second edition (Peter Atkins, Atkins’ Molecules, Cambridge University Press, 2nd edition, 2003) is much more up to date, with a number of “new” molecules like Viagra, but is also harder to come by – there are lots of the 1st edition going second-hand.

2. McGee on Food and Cooking: An Encyclopedia of Kitchen Science, History and Culture by Harold McGee

This book is much more than you would expect from the title. Over 800 pages on the foods we can eat, with a large amount of chemical content.

There are lots of books out there on drugs, of course. This isn’t just designer drugs, but covers all the rest – opioids, depressants, stimulants, cannabinoids, psychedelics …. It puts drugs in their social and historical contexts. Beautifully written and well referenced, it displays real erudition, and some serious organic chemistry.

Everyone should have books by John Emsley, but which ones? This book for a start. It has key information about every element, as well as their sources, uses and effects upon human health, plus at least one surprise fact on each. Absolutely invaluable. 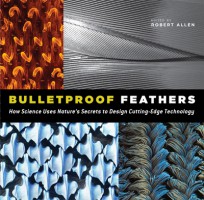 Everyone knows how the great night driving aid, the “cat’s eye”, was inspired by the real thing. This is one of several books that have appeared lately on bio-mimicry, how scientists take nature’s tricks and use them.

100 years ago there were no antibiotics, a scratch could kill you (and often did). Then came the sulfa drugs, followed by penicillin, tetracyclines, streptomycin and all the rest. Taken for granted by the public – who have never given scientists the credit for these life-saving substances – and abused by the farming industry (amongst others), unless we discover some more, it may be back to the 1910s.

7. The Poison Paradox: Chemicals as Friends and Foes by John Timbrell

Paracelsus said that the dose makes the poison; alarmists think any chemical is bad for you (as we are all made of chemicals, one wonders what they think when they look in the mirror). This book explains the background to toxiciology and discusses a whole range of molecules – paracetamol, ethanol, dioxin, nerve gases and DDT, for example.

8. The 100 Most Important Chemical Compounds: A Reference Guide by Richard L. Myers

It’s what it says on the tin. It explains why each of these chemicals is so important, molecules like sulphuric acid, penicillin, ethanol, morphine and sucrose, discussing how they were discovered, why we need them and how we use them.

Along with Jerrold Meinwald, the late Tom Eisner is credited with inventing chemical ecology. This fascinating book chronicles the many ways in which insects, spiders, scorpions and all the rest utilise chemicals for their protection.

Many animals, not just insects, use molecules to communicate. Social insects like bees and ants, obviously, but many others too – and not just for sex, but also as territorial markers, laying down food trails and sending alarm messages, for example. An excellent introduction to the area.

11. Dope: A History of Performance Enhancement in Sports from the Nineteenth Century to Today by D. M. Rosen

There are lots of books out there on everything from Lance Armstrong to steroid abuse in baseball and athletics. This book gives you the facts from a historical perspective, from the mid-19th century onwards. 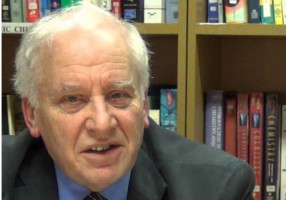 Simon Cotton is an Honorary Senior Lecturer in Chemistry. He has written five books, three as sole author; a sixth is due to be published in late 2011. He has published extensively in the chemistry of the d- and f-block metals. He taught for some 30 years in state and independent secondary schools and has been closely involved in promoting chemistry, whether visiting feeder schools with activities such as Magic Shows, or with extension by lectures and writing. – University of Birmingham Profile