Where Song Began: Australia’s Birds and How They Changed the World
By Tim Low

The extraordinary birds of Australia

In this book the author, Tim Low, claims that fascinating as its marsupials are, Australia’s birds are deserving of more acclaim. For the continent of Australia (which for geographical, rather than modern political, reasons includes New Guinea as a northern province) has been important in the evolution story of birds. Low confidently details how more than half of the world’s birds, including all of its songbirds and parrots evolved on this continent. This book is so much more than just an interesting discussion on the current science of bird evolution. For me it has changed the way I see, and hear, the birds around me.

The book begins somewhat tantalising, akin to a mystery novel, musing on the screaming of the parrots and the monotonous calls of the honeyeaters – “feebly indeed……are represented the melodious notes’ that rendered spring in England so joyous.” From this comes the observation; “Far more nectar is available to birds in Australia than on other continents – enough to fight over, and harsh cries assert possession.” The reader is then treated to a two chapter excursion into the flora, in particular the forests, of Australia, and why with its poor soil and bountiful sunlight Australian forests exude energy and how this shaped the evolution of noisy, aggressive birds.

Early naturalists were of the view that Australia had never been more that a receptacle for northern birds. This aves version of terror nullius, an empty land filling with good things from the north, was only started to be challenged in the 1970s. Prior to that it was dogma that Australia had received its birds from Asia in waves:

Arriving first were the forebears of emus, lyrebirds, honeyeaters, parrots followed later by robins, creepers and other less distinctive forms…..It was an obvious way to think before the notion of continental drift reared its difficult head…..Australia was effectively a junior branch office of the Great Northern Lands.

What follows are chapters on: the current understanding of the first song birds, New Guinea Australia’s northern province, the mighty Cassowary – last of the forest giants (and the world’s largest and most dangerous garden bird), the evidence for Australia as a centre of origin, how birds have created what Australians consider their native and primitive rainforests (“a fragment of Gondwana miraculously alive”), also our grasslands, and the birds of the oceans and shoreline, and finally, a comparison of continents. “What singles Australia out,” according to Low, is the large proportion of birds of special evolutionary or ecological interest.”

The final chapter in the book, People and Birds, I think reflects Low’s other abiding passion, environmental concerns. Tim Low works as an environmental consultant and author. I found surprisingly little publicly available information on his scientific training and background. There is no doubt, however, about his credibility as a lifelong naturalist, his credentials are summed up by his Penguin Books author profile:

Tim Low is highly regarded as a biologist and writer. He is the prize-winning author of Feral Future and The New Nature, both published by Penguin, and Wild Food Plants of Australia. He is currently co-editor of Wildlife Australia magazine, to which he has been a long-term contributor. Tim also works as an environmental consultant, and his reports, books, articles and talks have contributed to ecological thought and environmental policy in Australia and more widely.

Why is this important? Well Low has pieced together a great story and the core conclusion of the book; the world’s songbirds had their origins on the Australian continental plate, requires substantive evidence. Low provides plenty of genetic, fossil, and anatomical evidence in the book as well as his subsequent blog entries. This book is well researched, eruditely written with a passion and precision that are not always found together in published books. Coming form a physical sciences background I found Tim Low’s writing engaging and easy to follow, while at the same time his story fascinating and, for me, full of many surprising and intriguing arguments about the evolution of birds.

The concluding sentence in this ‘must-read’ book is worth repeating, “Australia is a land in which some of the world’s loudest, smartest and most colourful birds are thriving.” 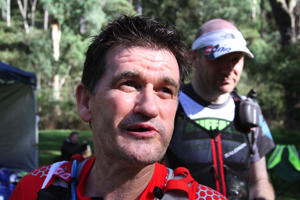 One thought on “Kevin Orrman-Rossiter Reviews Where Song Began: Australia’s Birds and How They Changed the World”