World War Z: An Oral History of the Zombie War
by Max Brooks

My book club operates in themes; for Hallowe’en this year the theme was horror, of course. I nominated World War Z  because I have a fascination* with zombies and with the issues of survival that accompany the idea of a zombie apocalypse. Surprisingly, this book won the vote from the rest of the club. We have since met to discuss the book, and despite the variety of personalities and interests that make up this group of friends, we all enjoyed reading World War Z.

The book is introduced by the narrator, who tells us that he originally submitted the material of the book to the United Nation’s Postwar Commission Report, only to find it deleted from the final report because it was “too intimate… too many feelings, too many opinions.” As a science teacher, I know only too well that in real life, narrative and “the human factor” can persuade where facts and figures fail, and it interests me that this issue is raised in such a text, and only on page 2!

Following the introduction, the book is broken into eight chronological sections that chart the rise and eventual fall of the zombies: Warnings, Blame, The Great Panic, Turning the Tide, Home Front USA, Around the World and Above, Total War, and Good-Byes. Individual accounts, seemingly collected by the narrator in a series of interviews, detail the social, political, environmental and religious implications and consequences of the zombie apocalypse. In some ways, the text is similar to a results section of a qualitative research project. Although context is given to each interview, and footnotes made to give short explanations where necessary, little interpretation of survivor account is given, leaving the reader to make their own interpretations of events. This style also means that more graphic accounts can have more impact on the reader.

The rest of this review contains spoilers.

Individuals interviewed include doctors, people smugglers, soldiers, organ brokers, Mossad spies, academics, etc. Each comes from a different part of the world. In the context section of each interview, the author gives some technical detail about how some new countries or territories were formed as a result of the events of World War Z when necessary. The interviewees share their unique perspectives, and the author attempts to respect and describe cultural differences, largely successfully. The exception may be in his treatment of religion and religious beliefs, where characters vary from dismissive to disdainful of religion, or painfully dogmatic.

It is particularly interesting to see how the social and political effects of the zombie apocalypse play out: small communities form and then break up as they become more and more desperate for relief from attack; a military attack on the zombies backfires when they find that their weapons are too technologically advanced to deal with the attackers; psychological consequences include people that start acting like zombies, despite not actually being infected, and those that simply lie down and die, “a case of just giving up, not wanting to see tomorrow.” Families struggle, neighbours fight. Sometimes though, communities pull together. The short description of the university colleges that fortify their academic ideal, creating a haven in a region full of the undead, is particularly intriguing.

Recurring themes include patriotism and survival. American patriotism is given a particularly critical examination, but many of the characters are patriotic towards their country. Patriotism often has devastating consequences; for example, when the American military plans an offensive against the walking dead, in Yonkers, “this little, depressed, rust-collar burb just north of New York City”, their arrogance about the effectiveness of their technology – normally used against other armies, not those without leaders or technology or even fear – leads to a significant loss of life, as well as a loss of face within their own and other countries. “Panic’s even more infectious than the Z Germ,” reflects one of the few survivors of the battle of Yonkers, and the loss of this battle causes one of the greatest panics of the war.

In Russia, various units of the army rebel when they come across zombies for the first time. In response, Russian authorities literally decimate the army: they force groups of ten soldiers to elect a member of their group, and then the nine remaining soldiers must kill the tenth by hand. “Conventional executions might have reinforced discipline, might have restored order from the top down, but by making us all accomplices, they held us together not just by fear, but by guilt as well.” In the final section of the book, we discover that Maria Zhuganova, who describes the Russian army decimation to us early in the book, is now pregnant with her eighth child. “Our leader says that the greatest weapon a Russian woman can wield now is her uterus. If that means not knowing my children’s fathers, or… my children, so be it. I serve the motherland and I serve with all my heart.”

Each of us in our book club had various reactions to particular stories. All of us appreciated (‘liked’ is too strong a word) the story of Jesika, probably because it was the most plausible, everyday person scenario. Jesika’s family had headed north on the government’s advice; apparently above the snow line zombies simply freeze into a state of suspended (re)animation. She describes the artefacts people brought with them on the road north: electronic games, laptops, mobile phones, hairdryers, sleeping bags rated for “a heated bedroom at a sleepover party”. Many of those who head north are unprepared for a snowy winter, and as the cold settles in, the zombie attacks abate but “people started getting mean.” The communal feelings and activities slip away and neighbours begin to fight with neighbours. Desperate families, including her own, resort to cannabalism to survive…

In another recount we all enjoyed, a pilot flying supplies to remote locations is saved only by the timing of a trip to the toilet. Parachuting to the ground, she is guided by a mysterious series of radio communications by ‘Mets’, who calms her down, sets her on a course for rescue, and keeps her cool as she survives days and nights in zombie territory.

There are many other memorable stories, as well as allusions to events that may be unexpected or have serious consequences.

One book clubber felt quite angry with the developer of a fraudulent “vaccine” that made him very rich. His disdain for those who bought his lies about the vaccine, including the FDA and American Government, was barely masked. My friend felt angry at the developer, at those who endorsed it, those who sold it, and those who bought it too. I found this to be an interesting analogy for the “medicines” that do make it on to the market without extensive testing and evidence for efficacy. Tamiflu seems to be a recent real-world example.

One story that fascinated me, as a science teacher and a sceptic, was that of the Tenth Man. Described by an Israeli spy, Jurgen Warmbrunn, the Tenth Man is supposed to act as the sceptic when nine others come to the same conclusion. If nine analysts assume that something is true, the Tenth Man must assume otherwise. So when nine Israeli intelligence analysts assumed that the reports of zombies in overseas countries were code, Jurgen Warmbrunn’s role as Tenth Man was to assume otherwise and dig for more information. This information led to two actions that prevented many deaths: Israel built a wall around their major cities and declared a state of “voluntary quarantine”, and Jurgen Warmbrunn deduced that the way to bring down a zombie was to destroy its brainstem. I like the idea of the Tenth Man, the forced suspension of personal beliefs for the purpose of finding the truth…

One criticism of the book (noted by my book club friends) is that while the perspectives change, the style in which the stories are told does not noticeably change; that is, they all seem to have the same voice. Furthermore, text is composed as if it were written rather than said.

It must be noted to those who have seen the Brad Pitt movie but not yet read the book that the two are very different. The movie has a protagonist, someone whom we feel for, and cheer on to survive. Furthermore, the resolution found in the movie is not present in the book at all. It is interesting that rather than emulating the documentary style of the book, the movie producers chose a more conventional structure (though it is still complex, and quite terrifying). Although following a more predictable plot, I did enjoy the movie, and although not scientifically plausible, science in and of itself and scientists are both portrayed positively, which is a change from other zombie films and media. Walking Dead fans will enjoy this edition of How It Should Have Ended ;).

Despite not having a single protagonist, someone we empathise with and will to survive; despite not having a single solution or a simple narrative: the book and its plot are fascinating. If anything, the main character is humanity, and this makes for a difficult and complex story. If I had to recommend either the book or the movie, I’d choose the book; overall it is more memorable, more enjoyable, more difficult to forget, and more stimulating.

For keeping me interested, for describing a process that encourages scepticism, for encouraging me to think about how I might be less selfish in an apocalypse, and for prompting me to stock up my disaster supplies kit, this book received four out of five stars.

P.S. Do you like zombies? Do you Zombies, Run?

*boyfriend corrects me. He says it’s an obsession, not a fascination, and that I should stop evaluating buildings for defensibility against zombie attack when I run past. 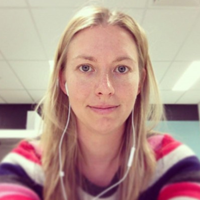 Charlotte holds a Bachelor of Science (Psychology) and a Graduate Bachelor of Education (Primary). She was a primary school teacher with Education Queensland for 6 years, teaching in remote, regional and city locations. Currently, Charlotte is a PhD candidate at the University of Queensland (UQ), focusing on the development of scientific scepticism from a psychological perspective. She also teaches three courses at UQ. Charlotte is passionate about science education, technology education, and preparing pre-service teachers to become effective teachers of science and technology. In her “spare” time, Charlotte sits on the Executive of the Science Teachers’ Association of Queensland. – From her Blog – How Big is the World