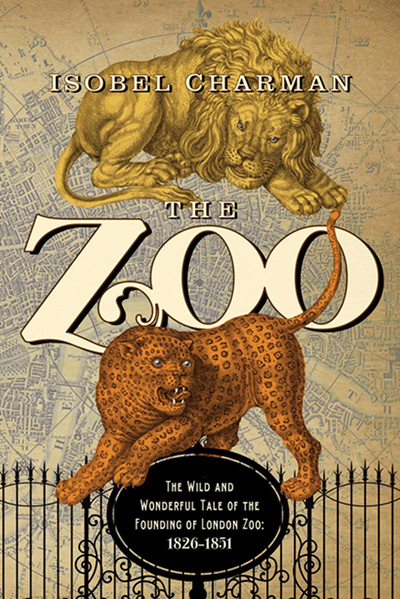 The Zoo: The Wild and Wonderful Tale of the Founding of London Zoo: 1826-1851 by Isobel Charman

Synopsis: Set in the heart of swirling, Dickensian London, the wondrous history of a unique institution and the incredible characters―human and animal―that populated it.

The founding of a zoo in Georgian London is a story of jaw-dropping audacity in the Age of Empire. It is the story of diplomats, traders, scientists, and aristocratic amateur naturalists charged by Sir Stamford Raffles with collecting amazing creatures from all four corners of the globe.

It is the story of the first zoo in history, a weird and wonderful oasis in the heart of the filthy, swirling city of Dickensian London, and of the incredible characters, both human and animal, that populated it―from Charles Darwin and Queen Victoria to Obaysch the celebrity hippo, the first that anyone in Britain had ever seen. This is a story of Victorian grandeur, of science and empire, and of adventurers and charlatans.

And it is the story of a dizzying age of Empire and industrialization, a time of change unmatched before or since.

This is the extraordinary story of London Zoo.

Hardcover Edition: The Zoo: The Wild and Wonderful Tale of the Founding of London Zoo: 1826-1851