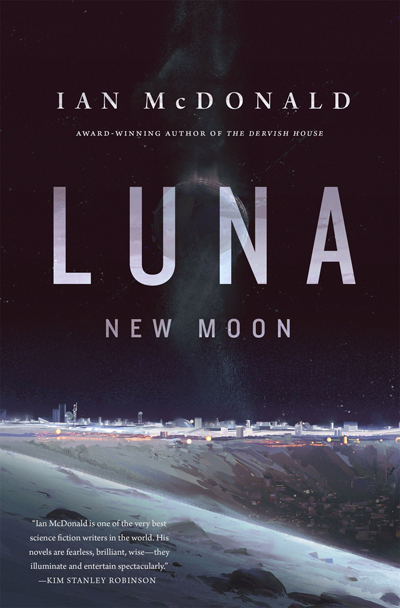 Synopsis: The Moon wants to kill you. Whether it’s being unable to pay your per diem for your allotted food, water, and air, or you just get caught up in a fight between the Moon’s ruling corporations, the Five Dragons. You must fight for every inch you want to gain in the Moon’s near feudal society. And that is just what Adriana Corta did.

As the leader of the Moon’s newest “dragon,” Adriana has wrested control of the Moon’s Helium-3 industry from the Mackenzie Metal corporation and fought to earn her family’s new status. Now, at the twilight of her life, Adriana finds her corporation, Corta Helio, surrounded by the many enemies she made during her meteoric rise. If the Corta family is to survive, Adriana’s five children must defend their mother’s empire from her many enemies… and each other.