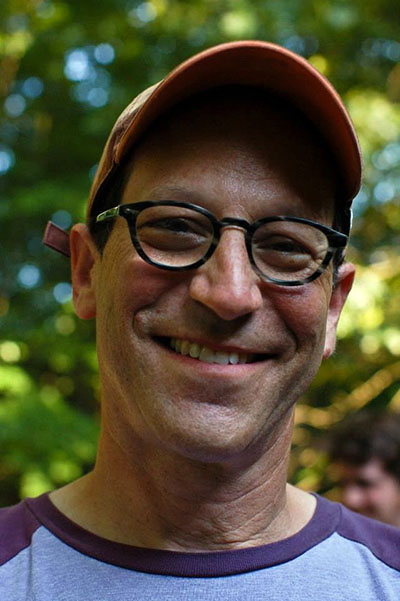 Special thanks to Scott Huler for answering 5 questions about his recently featured book – Defining the Wind: The Beaufort Scale and How a 19th-Century Admiral Turned Science into Poetry

Scott Huler has written on everything from the death penalty to bikini waxing, from NASCAR racing to the stealth bomber, for such newspapers as the New York Times, the Washington Post, the Philadelphia Inquirer, and the Los Angeles Times and such magazines as Backpacker, Fortune, and Child.– from Scott’s Homepage

#1 – What was the impetus for Defining the Wind?

As I say in the book, I fell in love with the Beaufort Scale as a piece of writing: “small trees in leaf begin to sway” is iambic tetrameter! “crested wavelets form on inland waters” is trochaic pentameter. Above all, its conciseness and density thrilled me as a copy editor — copy editors LIVE for density and conciseness. Yet the scale is so descriptive and lovely that it has a kind of LYRICAL density, which, my God, you just can’t get better than that. So I fell hard for the scale and over quite literally two decades idly amassed more and more information on the scale and Beaufort — and his time, the history of science, all that.

#2 – How much did you work with modern meteorologists and climate scientists when researching the book?

I was a Knight-Wallace Journalism Fellow at Michigan during the year I finally wrote the book, and meteorology professor Perry Samson there was an enormous help and advisor as I went along.

#3 – What was it like researching a topic on and off over so many years?

I call that “being alive.” Every topic I’ve written a book about is something that has fascinated me for many years. You have to profoundly adore a topic to willingly undertake the unlovely wearisome task of writing a book about it. there will be months of that process when you hate the topic because you are just thoroughly sick of it and it’s hard and you’re tired and bored and you spend a lot of time in the fetal position weeping. So the topic has to be something that will periodically rip through the misery and remind you: this is SO COOL. Fortunately the Beaufort Scale has that in spades.

#4 – What can Beaufort and his contemporaries teach today’s scientists?

Everything. WAKE UP. Be interested in everything. Notice everything. Think globally, not only with microscopic focus on your topic. Connect with everybody. Get the word out. Make connections. Share your work. Help the enterprise move forward. Work constantly, pay attention, open your eyes, connect. This is the recipe for the right way to live. For scientists, sure. But also for everybody. That’s why I love it so much.

Yes! on http://www.lawsontrek.com you will find the record of my most recent project — retracing the journey of discovery undertaken in 1700 by John Lawson, the first person to thoroughly investigate and describe the Carolinas. Lawson’s journey of some 500-600 miles through country mostly inhabited by Indians was a sort of early small-scale version of the Lewis & Clark expedition, though Lawson had no government backing and appears to have undertaken his trip because why not? It was just something cool to do. It resulted in A New Voyage to Carolina, published in 1709, which was the first thorough consideration of the flora, fauna, landscape, and inhabitants of the Carolinas and was surely one of the most important books to emerge from the Southeast during the colonial period. It’s little known today — inexplicably — and his journey had never before been retraced completely. So I was thrilled to do it (supported by a Knight Science Journalism Fellowship at MIT) and to document it on the website (www.lawsontrek.com). I’ve just now signed a contract with UNC Press for a book on Lawson and my journey, so that’s what I’m up to now.