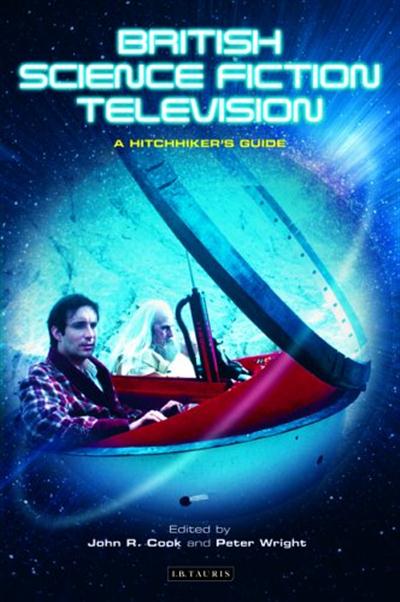 Synopsis: From “Doctor Who” to “Red Dwarf”, “Thunderbirds” to “The Hitchhiker’s Guide to the Galaxy”, British science fiction shows have delighted audiences worldwide with their distinctive visions of the future. This pioneering book, written by leading writers in the field, gives for the first time a detailed national survey of this well-loved British TV genre. It provides in-depth analyses of these shows, as well as others including “Blake’s 7”, “The Prisoner and Threads”, showing too their value in illuminating wider aspects of our recent social and cultural history. It also features a contribution by the biographer of the late Douglas Adams, author of “The Hitchhiker’s Guide to the Galaxy”, as well as an exclusive published interview with “Thunderbirds” creator Gerry Anderson. Designed to appeal to students and fans alike, “British Science Fiction Television” offers a thought-provoking and accessible read for those interested in science fiction, television history and their respective relationships to wider media, culture and society.

Mini-bio: Peter Wright is a Reader in Speculative Fictions at Edge Hill University, UK. He is the author of Attending Daedalus: Gene Wolfe, Artifice and the Reader (2003), co-editor of British Science Fiction Television (2005) and editor of Shadows of the New Sun: Wolfe on Writing/Writers on Wolfe (2007). He is currently co-editing When Worlds Collide: The Critical Companion to Science Fiction Film Adaptations.

‘British SF TV is often dismissed “as laughably cheap” in comparison with big-budget series such as Star Trek. This excellent volume sets the record straight.’ – The Guardian