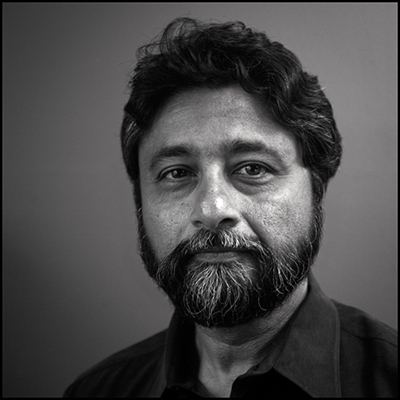 Special thanks to Anjan Chatterjee for answering 5 questions about his recently featured book – The Aesthetic Brain: How We Evolved to Desire Beauty and Enjoy Art

#1 – What was the impetus for The Aesthetic Brain?

I got interested in the biological underpinnings of aesthetic experiences 15 years ago. Much has happened since then. The time was right time to pull this work together and, more importantly, to set up a broader framework that could guide scholarship in this new field. I was also unhappy with most of the popular writing on and critiques of neuroaesthetics.

#2 – Aesthetics and science, let alone neuroscience are not often considered in the same breath. Why do you think interest in the relationship has started?

People are fascinated by art and aesthetics and are also fascinated by the brain. It was a matter of time before both converged in the public imagination. If you believe that art and aesthetics provide a critical human experience that elevates us and the brain is a common denominator of all human experience, the relationship between the two becomes extremely interesting.

#3 – How has our ability to appreciate beauty helped us evolve?

It hasn’t. The statement needs to be reversed. Evolution allowed us to appreciate beauty. Pleasure is the key. If we take faces and bodies, in some hypothetical past, people may have found pleasure in different kinds of faces and bodies. However, the specific preferences that also conferred a reproductive advantage won out over those that did not. Those advantageous preferences became more common in the population and ended up becoming relatively “universal” parameters of beauty.

#4 – Who have you written this book for? Artists? The general public? Teachers? What has the response been?

The book was written for the curious. Also, for scientists interested in aesthetics, for artists and humanitarians interested in science, who by dint of the demands of their own work typically remain sequestered within their own discipline. The challenge of writing such a book is to appeal to specialists and generalists. The response has been very favorable, with perhaps the exception of those who think science should deliver quick and easy answers regardless of the complexity of the question.

Carving out the time for a new book is not easy given my clinical, administrative, and research commitments. The next book I would like to write is about the peculiar observation that brain damage sometimes makes people produce striking art. How is such a paradoxical enhancement of artistic abilities possible, and what do the phenomena tell us about the nature and resiliency of art making?