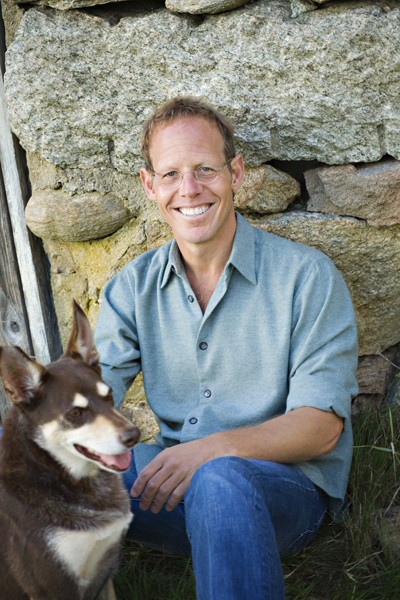 Special thanks to Tony Horwitz for answering 5 questions about his recently featured book – BOOM: Oil, Money, Cowboys, Strippers, and the Energy Rush That Could Change America Forever

Tony is a native of Washington, D.C., and a graduate of Brown University and Columbia University’s Graduate School of Journalism. He worked for many years as a newspaper reporter, first in Indiana and then during a decade overseas in Australia, Europe, Africa, and the Middle East, mainly covering wars and conflicts as a foreign correspondent for The Wall Street Journal. After returning to the U.S., he won the Pulitzer Prize for national reporting and wrote for The New Yorker before becoming a full-time author. – From Tony’s Homepage

The Keystone XL pipeline, which may carry oil from the tar sands of Canada to refineries in Texas, has been a major news story for several years. But 90% of the coverage has focused on political debate and demonstrations in Washington. I wanted to see the reality on (and under) the ground, in Alberta and the U.S. plains states, and to get the perspective of oil workers, farmers, and townspeople out there.

#2 – You write the book from the first person perspective. What advantages does this give you as a writer?

Boom addresses serious issues, such as energy and climate change, but it’s also a travel adventure in a remote and extraordinary part of the continent. Writing in the first person allows me to bring readers along on my journey of discovery. Essentially, they’re riding shotgun as I wander for thousands of miles through subarctic mining towns, cowboy bars, Sioux reservations, and other territory that few Americans visit. The colorful and occasionally Gonzo elements of my odyssey—at one point I get chucked out of a strip club—make it easier for readers to ingest the book’s meatier content. Most of us want to be entertained at the same time we’re being informed.

#3 – The pipeline you write about is controversial. Was being impartial important to you? How did you convey any sense of balance in perspective in the text?

The Keystone XL is certainly a hot-button subject and most Americans come down firmly for or against the pipeline, without really knowing much about it. This is true of too many issues these days, in part because of the decline of traditional journalism. It’s a lot cheaper and easier to spout opinions from afar than to go out and report, and aligning yourself strongly with one side or the other gets you more “eyeballs” and “hits.” In Boom, I try to present the facts, and the views of people on all sides, as plainly and fairly as I can, and leave it to readers to make up their own minds. My own preconceptions are constantly challenged in the course of the journey, and I hope that’s true for those who come along for the ride.

#4 – What has been the response to your book? From both sides of the debate?

First, Boom isn’t a “book” in the traditional sense. It began as a very long piece for The Global Mail, an excellent site based in Australia that’s now sadly deceased. It then grew into a short e-book, published first by Byliner (another defunct outfit) and subsequently by Amazon. That transit is another strange story, which I wrote about for the New York Times http://www.nytimes.com/2014/06/20/opinion/i-was-a-digital-best-seller.html?_r=0

In any event, the response to Boom has been strong and somewhat surprising to me. I’m open in the book about being a Massachusetts liberal who is deeply concerned about fossil fuels and climate change, and I anticipated that advocates of the pipeline would therefore tar me as a biased greenie. There’s been some of that. But I’ve gotten much more heat from environmental activists who seem miffed by the book’s nuance and my failure to simply condemn the pipeline and those who support it. In my view, this is a problem for the environmental movement, at least in the U.S. It often exhibits a “for us or against us” tone, a preachy absolutism that turns off many Americans, in somewhat the same way that the Christian right does.

On the bright side, I’ve gotten a lot of emails and letters from readers who say that they learned a great deal and had fun doing so. I’ve also heard from many of the people portrayed in Boom, on all sides of the debate, and they feel I treated them fairly and factually. So on balance I’m happy with the response.

#5 – Are you working on any projects/books you can tell us about?

Boom left me hungry to explore other parts of America that are often ignored. So I’ve just embarked on a journey along the path of a 19th century adventurer who traveled the backcountry and borderlands of the South on the eve of the Civil War. There’s a lot of coal, oil, and gas in this territory, so energy will loom large in my next book, too.