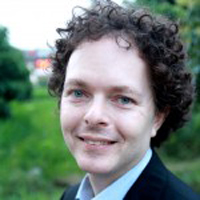 Special thanks to Adam Minter for answering 8 questions about his recently featured book – Junkyard Planet: Travels in the Billion-Dollar Trash Trade

Adam Minter is an American writer who serves as an Asia-based columnist at Bloomberg View. In addition to his work with Bloomberg, Adam covers a range of topics for publications that have included The Atlantic, The Wall Street Journal, Bloomberg BusinessWeek, Time, The Los Angeles Times, National Geographic, Foreign Policy, The National Interest, Mother Jones, Scientific American, ARTnews, and Sierra. His first book, Junkyard Planet: Travels in the Billion-Dollar Trash Trade (Bloomsbury 2013) is a critically acclaimed and best selling insider’s account of the hidden world of globalized recycling, from the US to China and points in between. – From Adam’s Homepage

#1 – What was the impetus for Junkyard Planet?

I grew up in a family that owned a junkyard, and I’d always wanted to write a book about what that was like, and what one could learn from that kind of experience. Meanwhile, a couple of years ago I found myself becoming increasingly impatient with stories in the mainstream media about waste and recycling that’s “dumped” on developing countries. Reality is so much more complicated – and green – than that very simplistic and often flat-our wrong narrative, and I wanted to correct it.

#2 – Do you think most people are aware of what happens to their waste?

No. People tend to treat their waste in the same way that they treat the protein that they eat. That is, they don’t want to know what happens in the slaughterhouse to the chicken they serve for dinner, and they don’t really care to know what happens at the recycling center to those newspapers they tied up so nicely and placed in their recycling bin.

#3 – What did people say when you told them you were writing a book about garbage?

Who’s going to want to read that?

#4 – Recycling is big business in China. What does it say about Western cultures who do not have the industrial capacity to process it? How much money are Western countries losing by shipping their waste overseas?

It says that developed countries throw away more recyclable materials than they can recycle at home. I always tell people: if you want to see your recycling stay at home, go and build a factory that makes stuff from recyclables. If that doesn’t suit your fancy, then stop buying so much stuff and tossing it in the recycling bin. My environmentalist friends hate this message, but the hard facts are that if you don’t have a factory that wants your recycling, there’s no reason to recycle it. Thankfully, China and other developing countries have built out their manufacturing capacities in recent years, and as a result recycling that would have been incinerated or landfilled in developed countries, is now sold for top dollars (billions and billions of dollars per year) to recyclers in developing countries.

#5 – You focus on colourful characters and entrepreneurs in your book. Who was your favourite person?

My grandmother, Betty Zeman, of course, who taught me everything I needed to know about buying and selling scrap metal. There are, of course, some great tycoons and inventors in the book – but I’m not related to any of them!

#6 – How did you go about doing the research for your book?

I grew up in the industry, so I could start out going through my diaries and calling relatives. In the early 2000s, I started reporting on the industry for trade magazines, so some of that reporting is built into the book. Finally, as I planned out what I wanted to write, I just started calling up contacts whom I’ve known over the years, and asking if I could come and visit. It was an organic process.

#7 – Are you optimistic about the future of garbage?

No. The world is generating too much of it. Recycling is nice, but it still requires energy and raw materials (for example, paper can only be recycled six or seven times before the fibers are too short and it can’t be re-used, anymore). I always tell people, if you want to do something really nice for the environment, stop buying so much useless crap. If you can’t help yourself, sure, go ahead and recycle. But please don’t pat yourself on the back for doing so.

#8 – Are you working on any new projects/books that you can tell us about?

I do have a second book in in its early stages, and I promise that it’ll be very, very trashy. But beyond that, I’m afraid I’m not at liberty to say much more about it at this point!

One thought on “Science Book a Day Interviews Adam Minter”