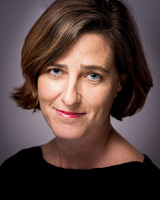 Special thanks to Sarah Dry for answering 5 questions about her recently featured book – The Newton Papers: The Strange and True Odyssey of Isaac Newton’s Manuscripts

I am an independent scholar with a weakness for the history of science. I have written about Victorian fishermen and risk, epidemics and global health policy, the life and loves of Marie Curie, and, most recently, the history of Isaac Newton’s manuscripts. – From Sarah’s Homepage

#1 – What was the impetus for The Newton Papers?

This is an amazing story that has never been told before. It spans three centuries of history and includes a cast of colorful characters such as the co-discoverer of Neptune, the inventor of the stereoscope, a self-made Yankee millionaire, the great economist John Maynard Keynes and a cantankerous Biblical scholar. I knew I would never get bored with it. Also, the story plays like a psychological thriller. What made Newton interested in the things he kept private throughout his long life–the alchemy and the unorthodox theology–and what drove those who came later to try to understand him better?

#2 – Was Newton mythologised in his own lifetime? And how did this reputation influence who kept or wanted his papers?

Definitely! Newton became a famous man the moment he published his great work, the Principia Mathematica, in 1687 at the age of 44. By the time he died forty years later, his genius was considered almost divine. Alongside being heralded as a great scientist, he was hailed as an exceptionally virtuous man–humble, kind, generous and just plain good. The truth, as ever, was more complex and much of it was revealed by the contents of the papers he left behind.

Newton had no children, so it fell to the husband of his half-niece to sort through things after Newton’s death. This man, John Conduitt, was committed to preserving the image of Newton as a great scientist and a good man and would have had every reason to conceal the contents of the papers.

But the story isn’t simply one of suppression and concealment. For a few decades after Newton’s death, the true about his idiosyncratic religious beliefs was hinted at in public. It was only later that Newton’s heterodoxy was more or less completely suppressed from public discussion–only to be re-discovered at various later moments, as I describe in the book.

And last, but not least, the papers were so disorganized and voluminous that they actually protected themselves. It took more than 200 years before historians really started getting to grips with them and the process is on-going today.

#3 – With some estimated 10 million unpublished words by Newton, how did you go about your research for this book?

Luckily, there are professional Newton scholars who are much better equipped than I to delve into the nitty-gritty of the papers themselves. One thing that comes up again and again in the history of the papers is how they were almost hazardous to the health of the various scholars who have tried to grapple with them over the years. One described them as casting a magical spell from which is was hard to escape (and not in a good way). I had fun telling the stories of the various men who have been foolhardy enough to take the papers on. I also made use of the amazing digital resources that now exist. All of Newton’s religious and alchemical writings, the very material he kept private throughout his life, is now freely available online at The Newton Project.

#4 – How have our attitudes to historical manuscripts played a part in The Newton Papers?

One thing I got really interested in while working on this book was the history of collecting manuscripts. In particular, I wanted to know when scientific manuscripts were first considered worth collecting. The answer is, surprisingly late. And that helped in part to explain why Newton’s non-scientific papers could be sold at auction in 1936 for a relatively low sum. It’s shocking to us now that almost no one really recognized the value of what was being sold, but at the time, it wasn’t actually such a low price.

#5 – Are you working on any new projects/books you can tell us about?

My next project is on the history of how scientists have studied water in all its forms–solid, liquid and gas–to better understand our planet. Newton of course is one of them, since he was the first to explain the tides in terms we still use today, through the tides turn out to be devilishly difficult to calculate accurately.