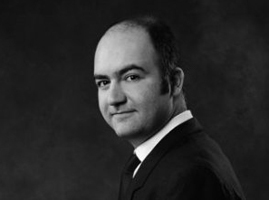 Special thanks to Oshin Vartanian, Adam S Bristol and James C Kaufman for answering 5 questions about their recently featured book – Neuroscience and Creativity

Oshin Vartanian is Adjunct Professor of Psychology at the University of Toronto Scarborough.

#1 – What was the impetus for Neuroscience and Creativity?

Oshin: The main impetus behind our book was to make available within a single volume some of the best ongoing research and thinking on the brain bases of creativity. This area of science has undergone rapid growth over the last decade, and the time was right to take stock of the field and to provide an overview of how far we have come and what the most promising avenues are for immediate future work.

Adam: We also aimed to bring in a few authors whose work was related to creative processes, but who were not creativity researchers per se. Aaron Blaisdell from UCLA is part of that group.

James: I am in the interesting position of not doing neuroscience work (although my wife is a neuroscience Ph.D.), so this was a learning experience for me!

#2 – Creativity has been studied for some time. How have our ideas about creativity changed over time? How has neuroscience contributed to this change?

James: Creativity started as an outgrowth of intelligence, with early folks like J. P. Guilford and E. Paul Torrance doing pioneering work on divergent thinking in the 1950s and 1960s; more recent legends like Bob Sternberg have also placed creativity within an intelligence/ability framework. In the 1970s and 1980s, Teresa Amabile and many others have introduced creativity within a social psychological and cultural context. My colleagues at the Neag School of Education at the University of Connecticut, Jonathan Plucker and Ron Beghetto, are some of the current leading scholars in looking at creativity as part of the learning process. I think that as psychology/education develops and expands as a science, creativity does as well.

Oshin: Neuroscientific techniques have augmented our toolkit for testing our hypotheses about the nature and nurture of creativity. For example, there is now good neuroscientific evidence to suggest that the organization of creativity in the brain is domain specific. Specifically, although there are some parts of the brain that contribute to most types of creative cognition, most notably regions within the prefrontal cortex that maintain and manipulate information in the span of attention (i.e., working memory), most parts contribute to creativity in specific domains. For example, whereas regions of the frontal and temporal lobes involved in the production and comprehension of language contribute to verbal creativity, regions within the parietal and frontal lobes involved in spatial cognition contribute to creativity in visuospatial tasks. Given that discussion about the domain specificity of creativity has had a long history in our field, this is one concrete example of how neuroscientific evidence has enriched our understanding of creativity.

#3 – There is often a feeling of a disconnect between science and art. Is your book trying to bridge the gap between these two disciplines?

Oshin: Although this was not one of the explicit aims of our book, there are some really exciting recent findings that speak to this issue, some of which is referred to in our book. For example, some recent studies have involved scanning of participants as they engaged in jazz improvisation, creative writing, or creative drawing. Studying the patterns of neural activation in relation to artistic expression has generated a body of evidence that can be compared to the data available on more standard types of scientific problem solving tasks.

Adam: I’d add that while our volume is an academic book, there are several chapters that we think working artists would find useful, especially artists who are science-inspired or who work straddles the boundary of sensation and perception.

James: I do see creativity researchers straddling the science/art dichotomy quite often. There are a number of actors, artists, writers, and musicians in our ranks!

#4 – Your book has many amazing chapters in there. How did you select the chapters that went into the book? Which is your favourite?

Oshin: Our aim was to recruit scholars involved in some of the best ongoing research and thinking on the brain bases of creativity. We were very fortunate that many of our original top picks agreed to contribute to this project, which we believe is reflective of the degree of enthusiasm with which they approach this topic. Choosing favourites would be very difficult, in part because all the contributors brought to bear important aspects to completing the puzzle of creativity.

#5 -Are you working on a new project/book that you can tell us about?

Oshin: I have a strong interest in the neuroscience of aesthetics, referred to as neuroaesthetics. This field studies the ways in which our brain responds to aesthetic phenomena, including art. In some ways it is the flipside of the research on artistic creativity, focusing on how the products of this process are perceived by an audience. I am at the moment co-editing a Research Topic on neuroaesthetics for the journal Frontiers in Human Neuroscience.