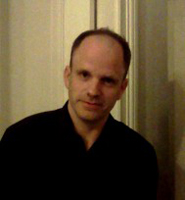 Special thanks to John Tresch for answering 7 questions about his recently featured book – The Romantic Machine: Utopian Science and Technology after Napoleon

John Tresch is an historian of science and technology. Trained in anthropology and philosophy, his work explores the diversity of the sciences, especially in their interactions with other cultural formations. He focuses on connections between cosmology, experience, social order, and ritual; changing methods, instruments, and disciplinary arrangements in the sciences, arts, and media; and shifting definitions of the rational and real. – Penn University bio

#1 – What was the impetus for The Romantic Machine?

A lot of different things got me looking at Paris in the early 19th century and asking questions about the relationship between the sciences, technology, politics, arts and philosophy. Probably the earliest starting point (though it’s a little bit round about) is my interest in Edgar Allan Poe; I’d been reading his detective stories, science fiction, his stories about the limits of rationality, his cosmological essay, Eureka, and I saw him wrestling with some huge historical and conceptual changes in the 1830s and 40s. But most of what people wrote about him was about his biography, his psychology, his imagination. I wanted to understand the historical and technological context for these wild ideas.

It turns out that Poe became famous in France first. So in reading up about his translation in the 1840s, I discovered all these other thinkers in Paris who were combining mechanism and romanticism in lots of unexpected ways—the people who were Poe’s real intellectual companions, though they were an ocean away. These were people like the astronomer François Arago, who introduced photography as a kind of dynamic, aesthetic technology, and Alexander von Humboldt who wrote these beautiful travel reports and saw science as a way of elevating people’s moral sensitivity to the unity of the cosmos, and Auguste Comte, who invented sociology, positivism, and wound up starting a religion. These were the mechanical romantics.

All these new projects to rebuild science, nature, and society, were incredibly intriguing. France was seen as the leading nation in mathematical and mechanical science, but at the same time all the modern arts were taking shape there: in publishing, in opera, in painting and music. And of course the French revolution, and the fall of Napoleon’s empire, were these major pressures on people’s thought: what would the society of the future look like? Trying to unravel all these different strands, connecting romantic philosophy, physics, early evolutionary theory, industrialization, and of course the political upheavals and the first socialist revolutions, was just a fascinating puzzle. And in many ways it seems like a lot of the basic issues of modernity were getting worked out there: about the relation between imagination and reason, how technology can bring political change, how our views of nature shape our social organization. It seemed worthwhile to look back at this period from a new perspective: not to emphasize the divisions between fields, the growing alienation of city life, or the rise of reductionism (though all of these were there already, and seen as problems), but to show how the new technologies of the industrial revolution could also be imagined as tools of unity and equality, as the basis for holistic and organic philosophies, as ways of remaking the bond between humans and nature on more equal, interdependent, creative terms.

#2 – You focus on a handful of emerging technologies of the time. Why did you choose these technologies? What did they allow you to write about?

They were what people were most excited about. There was this kind of frothing obsession with these new machines, much like we’ve seen in our time around digital technologies. But at that time the hype was about steam engines, electrical communication, photography, mass printing, new kinds of mass entertainment like grand opera, panoramas, stage magic. And while I’m interested in the history of ideas, focusing on these technologies let me show how people’s ideas were tied up with the new technological infrastructures, with new ways of working, with political projects, with new physical and practical possibilities that technology made possible. Mechanical romanticism was much more than a set of new ideas: it was new objects, and new ways of using them to articulate the different parts of the universe. Looking at these machines one by one also made it possible to focus on groups, such as the Saint-Simonians and students of the Ecole Polytechnique, or individuals, who were particularly associated with their development. Also they each connected directly to the romantic philosophies that were so distinctive of this time: each machine tapped into some hidden, dynamic force or principle and made it possible to unleash it, transform it, put it to use, whether light, heat, electricity, the principles of life and thought, or time itself. They weren’t neutral, inhuman technologies, but were woven into the fabric of nature and society and changed both. So even though these are some of the technologies that we now identify with the most alienating aspects of modernity– mechanized industry, mass spectacle, instantaneous communication—I wanted to show that there were these other ways of imagining machines in the early days.

#3 – You write about a time when mechanics and sentiment were complementary. How/why do you think things have changed so much?

One suggestion would be that around the middle of the 19th century— kind of where my book ends, though these tendencies were already present— there were changes in the institutions of research and teaching, where specialization between fields became a really crucial aspect of scientific research; and certain philosophies, including positivism, got reinterpreted to emphasize neutrality, detachment, emotionlessness. This was a new ethics of science, and it was tied to ideals of efficiency and productivity: so in a way, the processes of mechanization got out of hand, got pushed along by competitive demands of acquisition and conquest and production, and these other possibilities got lost or had to go underground. As a kind of compensation, a new idea of the arts and humanities as being just about meanings and symbols was crystallized, thanks in part to some of the doctrines of the avant-garde I discuss. So we wound up with this idea of neutral, objective science dealing with nature on one side, and warm, subjective arts expressing the soul and the mind on the other. All of this was there in the era of mechanical romanticism, but really got intensified in the next half-century. But as I hint at the start and end of the book, it seems like the way we now relate to some technologies, as something much more personal and variable, connects us to that earlier period again. Also, the recognition that human activity has changed the earth’s surface and climate, returns us (even though in a catastrophic mode) to the idea that nature can be transformed and shaped by humans. The hope is that we can retrieve some of the utopian hope, care, and creativity from that earlier period.

#4 – You dedicate the book to Simon Schaffer, Bruno Latour, and George Stocking. Why these men?

They were my teachers and I feel a great debt to each of them; they have taught me a lot of different things and set an example. It’s kind of embarrassing to name names like that, but they really made a difference. Finishing this book was at least a start for acknowledging that debt.

#5 – Writing about 9 case studies, you reflect on science, art and politics. Do you think we would do well to reflect on the interconnection between these three areas in modern times?

Yes. That’s the point. Some of the institutions have changed, we have all these new tools, the power relations and the scale and geography have shifted, some of the ideas have changed, but in order to get to grips with what is going on in any one field, you have to be attentive to what is going on in the others. A shorthand for that is thinking cosmologically, which in my view is really important for thinking about where to intervene in the world as it is, and how to think about what the world might be like instead.

#6 – What was it like to win the Pfizer Award for Outstanding Book In the History Of Science?

It was a surprise and a big honor; many books I admire are on that list. At times I’ve worried that my approach was not always in line with official history of science—since it goes into cultural theory, arts, literature, cosmology, etc.— so it’s extremely nice to get that recognition.

#7 – Are you working on a new book/project you can tell us about?

I’m studying similar issues in the USA in the same period. Now I get to return to Edgar Allan Poe! I’m looking at Poe’s life and writings as a response to new machines and sciences– as part of the rise of print media and new communication technologies, as well as the push by certain US scientists and reformers to create authoritative institutions for knowledge about nature. Sometimes he was totally aligned with them, like when he tried to establish new sciences for cryptography and poetry; but just as often he was trying to push beyond reductionism and the view of nature as totally knowable. His scientific hoaxes and his philosophy of nature showed the cosmos as a work of art that escapes our desire for certainty and stability. And the political tensions of the new nation, with huge regional and philosophical divides, are central to the story. Needless to say this is a lot of fun.