The Sixth Extinction
by Elizabeth Kolbert

There’s an old video clip that many Australians are familiar with. In black and white, the last known thylacine – or Tasmanian tiger – quietly paces about its caged enclosure, reclines in the sun, yawns at the camera. The footage was recorded in 1933 at the Beaumaris Zoo in Hobart, and serves as an eerie reminder of just how final extinction is.

In her latest book, The Sixth Extinction: An Unnatural History, American journalist Elizabeth Kolbert takes us on a global tour of extinction, in all its finality, as well as while it is happening before our eyes. The focus of the book is the latest, human-induced wave of destruction creeping around the globe, but Kolbert has widened her investigative lens to enlighten us about the processes behind extinction, as much as its victims. Disparate tales of species collapse are united by an unflinching exploration of the science – and the scientists – dedicated to understanding their demise.

Kolbert is a skilled storyteller, zooming in as she joins scientists at their often exotic field sites, and then zooming back out to explain the broader relevance of work done on one species or ecosystem to the situation that many species are facing simultaneously. In one chapter, Kolbert treks up a Peruvian mountainside with forest ecologist Miles Silman. Year after year, Silman painstakingly tags, measures and counts trees growing in plots located at varying elevations up the mountain slope, looking for subtle changes as global temperatures rise. Some trees, he has discovered, are able to slowly migrate up the side of the mountain as conditions change. Others, like Alzatea verticillata, a lone twig on its long evolutionary branch, are less mobile.

Because each species in the Peruvian mountain will respond differently to global warming, nobody – not even Silman – can be sure of what the coming restructuring of forest ecosystems will look like. But the pressures placed on less mobile species like Alzatea verticillata are nonetheless certain. The Peruvian forest is just one of many ecosystems facing this challenge; Silman just one of many scientists trying to turn theoretical understandings of what might happen into concrete evidence.

One of the surprising revelations in the book is that the idea of extinction is relatively new. It took several decades of debate for researchers to be convinced that extinction was in fact a real phenomenon. Kolbert’s telling of this monumental scientific realisation takes us to mastodon fossil sites in North American and European natural history museums. We are also privy to the years of inharmonious tit-for-tat between 18th and 19th century naturalists trying to come to terms with the mounting evidence that species can disappear.

The scientific debates are far from over, as Kolbert’s investigations show. How and why species become extinct is still very much an area of active research. One strength of Kolbert’s work is that she explains how and why theories of extinction differ, as well as how scientists grappling with the complex processes at play are seeking evidence to put meat on the bones of these ideas.

Thankfully, Kolbert doesn’t succumb to the allure of the cute and cuddly and all-too-familiar poster-boys and poster-girls for extinction. She has steered clear of the Yangtze River dolphin, the Mountain Gorilla, the Asian tiger and their ilk; there is no Tasmanian tiger to front a chapter on the impact of hunting and species introductions. In their place are incredible and revealing stories of Amazonian army ants, Mediterranean sea limpets and stony corals of the Great Barrier Reef. The picture of destruction at the hands of our own species that Kolbert paints is no less moving for this choice of the unfamiliar over the iconic. 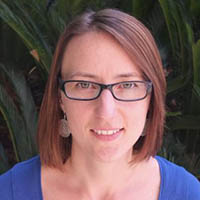 Dyani Lewis is a freelance science writer. Her writing has appeared in Science, Nature Medicine, COSMOS Magazine, the ABC online and others. When not writing about science, she is a producer and host for Up Close, the University of Melbourne’s podcast and is a regular co-host on Triple R’s Einstein-a-Go-Go radio show. She has a PhD in plant genetics, but much prefers to write about other people’s work than be in the lab herself.