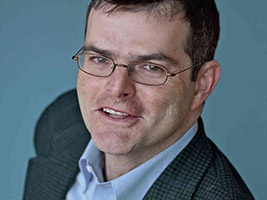 Special thanks to Scott Stossel for answering 5 questions about his recently featured book – My Age of Anxiety: Fear, Hope, Dread, and the Search for Peace of Mind

Scott is an American journalist and editor. He is the editor of The Atlantic magazine, and previously served as executive editor of The American Prospect magazine. He is a graduate of Harvard University. From his Wiki Entry
Scott’s Twitter: https://twitter.com/SStossel

When I was preparing for my last book tour, ten years ago, I was consumed by anxiety, and sought help for multiple sources. I’d long been interested in psychology and intellectual history, but this was the moment when the idea of writing a book specifically about anxiety first occurred to me. I wanted to write a book that roughly did for anxiety what Andrew Solomon’s NOONDAY DEMON had done for depression: that is, provided a comprehensive cultural, intellectual, and scientific history of the idea of anxiety, woven together by discussion of my own lifelong struggles with anxiety. Kind of a quest, as it were–the hope being that in exploring the sources of my own anxiety I’d be able to reveal some more general truths about anxiety.

#2 – How has anxiety been described through the ages?

Hippocrates, in the fourth century BC, described it as a medical problem. Subsequent eras and thinkers have seen it as a philosophical problem (Plato, Spinoza, the Stoics), an existential problem (Kierkegaard, Paul Tillich, Rollo May), a spiritual problem (Kierkegaard again, Pascal, Walker Percy), a psychological problem or a problem of sexual repression (Freud and many others), a genetic inheritance (where much of the research is today), or, returning full circle to Hippocrates, as a biomedical problem, which is where a lot of the thinking lies today. Darwin–and to some extent William James and also Freud–described anxiety as a evolutionarily adaptive response (the fight or fight response) to danger that, in clinically anxious people, kind of goes awry, or fires in response to irrational or neurotic triggers, rather than truly threatening things.

#3 – Do we have a better understanding of anxiety now than we did in the past?

Mostly, yes. We have a much more sophisticated understanding of the brain science of anxiety than did, say, Kierkegaard or Freud: we know something about the parts of the brain that produce fearful response; we know about the some of the neurotransmitter systems (serotonin, dopamine, GABA, glutamate, Neuropeptide Y) involved in the regulation of anxiety; we know a lot about various “candidate” genes that contribute to one’s predisposition to anxiety. And we have a lot of double-blind studies about what kinds of treatment work. That said, as with all things relating to our understanding of the brain and the mind, and of the relationship between genes and neurotransmitters and personality and self and anxiety, we’re still kind of groping in the dark.

#4 – Is there hope that anxiety will be ‘cured’ or ‘alleviated’ in the future?

There’s definitely hope that anxiety–especially for clinical patients with various anxiety disorders–will be alleviated. Research into new kinds of therapy–Cognitive-Behavioral Therapy; Acceptance and Commitment Therapy; Mindfulness Meditation–and especially into genetics and psychopharmacology are almost certainly to yield treatments that help reduce anxious symptoms. But I don’t think that, for most people, anxiety will be “cured”–nor would we want it to be: without ANY anxiety, we would perform less effectively, lose motivation, expose ourselves to needless danger, and possibly go extinct as a species.

#5 – Do you have any future projects/books that you can tell us about?

Not at the moment–I’m still recovering from this one! But I’m open to ideas. (And I have some long-gestating novel ideas that have not fully coalesced–and that may never coalesce.)