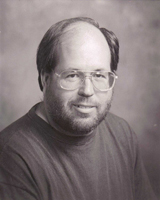 George D. Morgan has a BA in Creative Writing from Cal State Channel Islands and is completing work on an MFA in Writing for the Performing Arts through the University of California, Riverside. George is currently the Playwright in Residence at Caltech.  His play Rocket Girl, tells the true story of his mother, Mary Sherman Morgan, America’s first female rocket scientist.  It premiered November, 2008, and is the first in a trilogy of science-themed plays George is writing for the university.  His book on the same subject, Rocket Girl: The Story of Mary Sherman Morgan, America’s First Female Rocket Scientist, was released July 9, 2013 from Prometheus Books. – From George’s Bio.

#1 – What was your impetus for writing this book?  Why now?

In the book I talk about my motivation for writing the book.  Both the stage play and the book came about as a result of my frustration with the Los Angeles Times.  After my mother died they refused to publish her obituary on the grounds that nothing in it “could be independently verified”.  In truth, they were correct.  The aerospace business has done a poor job keeping historical records of important people and events within their ranks, and my mother was no exception.  No one had recorded her history and accomplishments, so there was nothing that could be verified.  For me it was the clarion call, and it launched me on a journey to write my mother back into that historical record.

#2 – What was it like to be the child of a woman who had so much to do with the history of science, but was never mentioned in the history books about it?

It has always felt a little strange, and very frustrating.  Members of our family would often talk in glowing terms about my mother, but that’s all I ever got: just talk.  I could never look her up in any book, magazine, periodical, or science journal.  She just wasn’t there.  It made it difficult to talk about her outside our family since I could never “prove” anything I said.  And when I did talk about her it always came off as apocryphal or mythological since I had no answer for questions like, “Where can I read more about her.”

#3 – What did your mother think of the legacy of her work?

I don’t believe she considered her work to be legacy-worthy.  For her, in many ways, it was just a job—a way to collect a paycheck.  I honestly don’t think she realized at the time how much of a pioneer she was.  My mother was happy to contribute to America’s space program, but she never talked about her work in terms of it being historic. In fact, she never talked about her work at all.  Turning her work into the legacy it always should have been is the job I’ve taken upon myself.

#4 – It is said that not enough women are doing science and engineering. I think someone like your mother would be an excellent role-model. What would you say about that idea?

A friend of mine called me a few weeks ago and said they bought a copy of Rocket Girl from Powell’s Books in Portland.  They said it had been consigned to a separate building across the street from the main store—a building that specialized in science and engineering books.  I was shocked when I heard that, because I wrote Rocket Girl as a book for everyone—especially young men and women struggling with education and career choices.  The best reviews for the book have come from people far removed from science and engineering.  That said, I think any teacher sincerely interested in furthering STEM in schools, especially with young women, are losing out if they don’t use the book as one of the most important tools in their arsenal.  It’s an inspiring story and it needs a far bigger audience.  A reader emailed me recently with the perfect observation: “Every teenage girl in America should read this book.”

#5 –Do you have another upcoming project/book that you can tell us about?

I recently collaborated with another writer, Loren Marsters, on a play about film director Frank Capra.  We’re trying right now to get it produced.  Here’s a little know fact:  Frank Capra graduated from Caltech in the 1920’s with a degree in chemical engineering.  I have a sci-fy novel entitled Moon Hunter that’s looking for a publisher. I’m working on a play about Stanley Pons, Martin Fleischmann, and the “cold fusion” debacle of 1989.  Hopefully that will be produced at Caltech in 2014.  And, of course, we’re trying to turn Rocket Girl into a feature film.