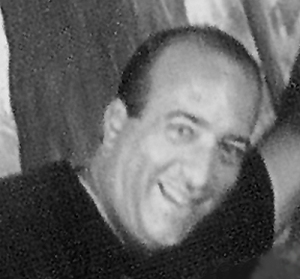 Special thanks to John Anton for answering 5 questions about his recently featured book – Dinosaurs Incognito: Speaking of the Dead Unconventionally

#1 – Your book has been highlighted as controversial. What made you decide to write a book proposing such unconventional theories?
Our view of dinosaurs has changed dramatically during the past four decades and the advancements served as the basis for future research.  By and large, many of the discoveries and ensuing theories have been intriguing.  Even so, my extensive research led me to interpret fossil data differently when it became evident that dinosaur remains have unique features that appear reminiscent of both ectothermic and endothermic fauna. This meant there had to be a way to reconcile these ‘disparities’ and that became my vision. As time progressed, it became evident that there were ways to explain how dinosaurs could have been ectothermic, but lived highly ‘active’ lifestyles.  As a result, entirely new hypotheses and theories regarding the modes of dinosaur lives ensued, some of which are applicable to extant fauna. Therefore, preparing and illustrating a book was a natural consequence of my investigations and the intent was to unite separate schools of thought in a compelling manner.

#2 – Can you outline one of these theories and its importance?
I can actually provide a short synopsis of two of my theories. One theory is that ceratopsians, such as Triceratops, used crests for amplifying low frequency sounds much like the large pinna (outer ear) of certain extant fauna (e.g., deer).  The text discusses the empirical data that was collected to test the hypothesis and for the sake of brevity, the data supported the hypothesis.  The implication is that the classic battles depicted in texts or museum dioramas between Triceratops and Tyrannosaurus rex probably did not occur since the latter was unlikely to avoid being heard, even when stalking.

Another theory is that gastroliths (gizzard stones) were used by small to moderate-sized dinosaurs like Psittacosaurus, to temporarily increase metabolism by using the stones as a heat sink during basking.  A mathematical model developed to test this hypothesis supports this novel role for gastroliths in small to moderate-sized animals. Moreover, contrary to the assertions of a few colleagues that have challenged this theory, the stones could not draw heat from the dinosaur causing it to cool because the law of thermodynamics prevented such a phenomenon from occurring.  The significance of this theory is that an ectothermic animal could derive a metabolic boost from heated stones and in effect live a more endothermic mode of life.

These theories, and the others discussed in the text, led me to develop a special axiom that is introduced in Dinosaurs Incognito.  However, I will let your readers look into that if they are interested.

#3 – It’s been 4 years since the book has been released. What has been popular and academic response to your book been like?
From what I understand, the text has been on bestseller lists since its release in 2009. In terms of academia, some of the main theories have received a mixed response.   Overall, many colleagues have supported my work. One of the goals of the text (and my research in general) is to promote further research; therefore, if controversy ignites other scientists to challenge my research, then that is a positive result of my labor.

#4 – You’ve mentioned that it is important to you to include light humor and fun into the book and in your teaching. Why do you think this is needed in a modern western society?
I believe that interest sparks learning, learning passion, passion creativity, and creativity advancements.  Based on my observations, people tend to shy away from things they do not understand whether it is science, art, or some leisurely activity such as a hobby including sports. One tool that can spark interest is humor because it breaks down the barriers we use to obscure our openness to learning.  Humor however, should not distract from the importance of one’s work, so it should be tempered with a message that supports whatever is being discussed scientifically.  On a related note, art is another useful communication tool (for the same reason) and that is why I also integrate it into research and teaching.

#5 – You’ve worked on documentaries and books. Are you working on a project at the moment you can tell us about?
The research that I am principally focused on at the moment is to determine the spatio-temporal distribution of cryoconite minerals in southwestern Greenland.  Cryoconite is a glacial covering composed of nodules that contain active microbial colonies and inorganic (rock) dust. It is basically ‘living rock’ and its dark color makes it is especially effective in melting glacier snow and ice and contributing to global warming. The research will also be useful for Martian studies, particularly those that involve looking for signs of life and others that investigate the cyclicity of the growth and demise of the Martian polar caps.