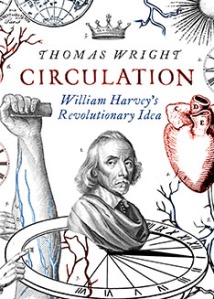 Synopsis: “What I am really anxious to hear is the final cause of your monstrous fiction. For your false invention seems to have no purpose. What reason can you give me for the circulation of the blood?”

William Harvey’s theory of circulation was as controversial in its day as Copernicus’ idea that the earth revolved around the sun. Unleashing intellectual anarchy, derailing established ideas, & gaining currency far beyond the walls of the College of Physicians, Harvey’s revolutionary theory went on to permeate the culture and language of 17th century England.

Circulation charts the remarkable rise of the yeoman’s son who demolished beliefs held by anatomists since Roman times, going on to become arguably the greatest Englishman in the history of science after Darwin & Newton.