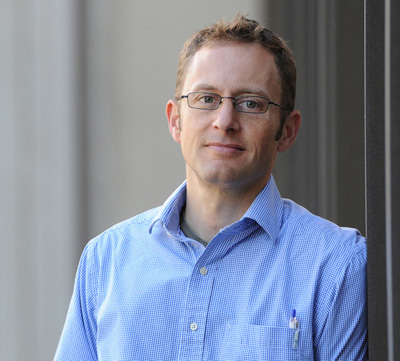 Special thanks to John Archibald for answering 5 questions about his recently featured book – One Plus One Equals One: Symbiosis and the Evolution of Complex Life

John is a Professor of Biochemistry & Molecular Biology at Dalhousie University, and a Senior Fellow of the Canadian Institute for Advanced Research. In 2012 he was a Visiting By-Fellow at Churchill College, University of Cambridge, UK. John’s lab uses molecular tools to study the patterns and processes of gene exchange in microorganisms. – Amazon bio

#1 – What was the impetus for One plus one equals one?

It started in 2008 with the realization that while I studied symbiosis for a living, I actually knew very little about the history of my field. So I wanted to change that, and at the same time tell non-specialist readers the story of how gene sequencing transformed our understanding of complex life. We now know that nucleus-containing cells such as our own are natural chimaeras, the result of an ancient symbiotic merger between two different single-celled organisms: one plus one equals one.

#2 – Your book highlights the role of symbiosis in evolution. Do you think we have overlooked the significance of this process?

Historically, yes. A good chunk of the book is devoted to the contextualization of symbiotic thinking prior to the advent of DNA sequencing. Symbiosis was once heretical, and it was still very ‘fringe’ in the 1970s when molecular biology was first used to test the endosymbiont hypothesis for the origins of mitochondria and chloroplasts. There is now no doubt that these intracellular ‘organelles’ are derived from once free-living bacteria, and most areas of biology now embrace (or at least accept) the notion of symbiosis. In nature, organisms exert a huge influence on, and are hugely influenced by, their neighbours. Just think of the jungle-microcosm that is the human body—as I said in the book, we are walking, talking microbial incubators.

That said, the distinction between symbiosis and related phenomena such as parasitism isn’t always clear, and I do think it is possible to overstate the role of symbiosis in evolution. I think the American biologist Lynn Margulis did this when, together with her son Dorion Sagan, she proposed that symbiosis plays a critical role in speciation in all life forms, even plants and animals.

#3 – You focus on the scientists and experiments behind our understanding of this process. In doing your research, who was your favourite scientist? And why?

Tough question—there are so many interesting characters going back 100+ years, each a product of the era in which they did their science. I’ve just mentioned Margulis, and if forced to choose a ‘favourite’, I’d pick her. The more I’ve learned about Lynn Margulis the less I feel I understand about why she said what she did, when. She was such a complex, polarizing figure, so passionate and never afraid to tackle difficult issues. I dearly wanted to interview her for the book; sadly she passed away in November 2011 before I got the chance. I did interview many people who knew her personally, so in a strange way I feel like I did too.

#4 – Your book is quite concise. Who were you writing this book for? Scientists? Students?

Students and scientists, certainly, but the target audience was broader than that. The goal was to make the science of symbiosis accessible to anyone curious about biology, evolution, and the role that DNA sequencing has played, and continues to play, in advancing the frontiers of knowledge. The book also appeals to those with an interest in the history of science and science as a process.

I am currently writing a book about genomics for the intelligent lay reader: what genomics is, what it’s used for, and where it’s going. Beyond my own research, I am interested in how rapidly advancing DNA technologies continue to reinvent what is possible in science. The promises and perils for society are considerable. I am incubating several other book ideas as well, but my lab is hopping—I’ve got my hands full with my day job!