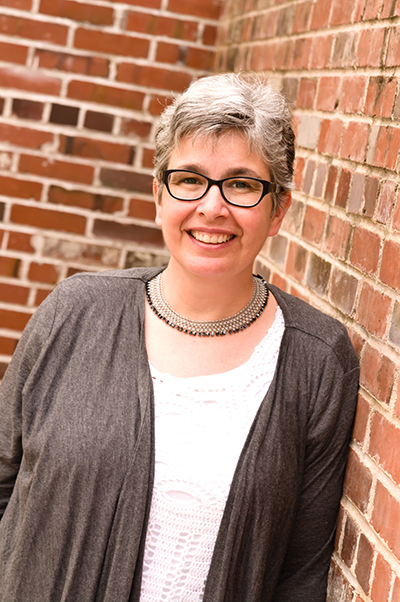 Ann Leckie is the author of the Hugo, Nebula, and Arthur C. Clarke Award winning novel Ancillary Justice. She has also published short stories in Subterranean Magazine, Strange Horizons, and Realms of Fantasy. Her story “Hesperia and Glory” was reprinted in Science Fiction: The Best of the Year, 2007 Edition edited by Rich Horton. – From Ann’s Homepage

#1 – Ancillary Sword is the sequel to the multi-prize winning novel, Ancillary Justice. Was a sequel always intended? How difficult was it writing the sequel to such a successful novel?

A sequel was always intended, but I wasn’t at all certain I’d ever have any reason to write one. It was quite possible that even if AJ sold, that would be the end of that. When my agent asked me if I thought I could make a trilogy of it, my reply was to very nonchalantly say, “Oh, I’m pretty sure I could do that,” while of course, I had been hoping all the time that I would be able to.

I wrote most of AS before AJ came out, but I was finishing up right about that time, and it was kind of weird and anxiety-producing, once I realized what was happening. Suddenly the stakes seemed much, much higher–what if all the folks who liked what I’d done with AJ didn’t like AS? But there’s a very common kind of writer-anxiety that many of us have to learn to live with and I mostly put it in that space and tried not to pay too much attention to it, and just get on with the writing.

#2 – In your novels, the ideas of many selves and single selves are explored. What is it about the notion of self that you find interesting?

Oh, when you’re a SF reader or writer, real world AI can be kind of unromantic and disappointing! I mean, people can make bots that more or less pass for human, but at least in my experience they’ve got limited range They can give you instructions for basic customer support functions, or they can talk convincingly like one or another sort of therapist, or whatever, and that’s about it. Or they make choices for games. All of those things are actually really awesome and useful (well, okay, some of the more frivolous chatbots aren’t terribly useful), and well worth attention and celebration, but they’re pretty far from HAL 9000 or Skynet, or Justice of Toren.

I think, to get to SFnal AI you’d need to build something rather like a human being. Human cognition is the way it is because human bodies and brains are built a particular way. Computers aren’t built that way, and to the extent that they have bodies they aren’t human bodies. I suspect real world AI on the level we see in SF won’t actually resemble science fictional AI very much, if only because real AI won’t be human bodied. It might not ever be recognized as such because our ideas about consciousness and personhood are so bound up in our own physical experience as humans.

#4 – When will we get Ancillary Mercy? Will it be the last of the series? If so, how do you feel about completing the series? Happy? Sad?

October 2015! It’ll be the last of the trilogy, but not the last thing I write in that universe. I am on the one hand happy to be finished. On the other hand, it’s absorbed me happily for quite some time, and it feels weird to let go and do something new.

#5 – What is your next book/project beyond the Imperial Radch series? Anything you can tell us about?

That, I’m working on now. I know it will be a standalone, and it will certainly be set in the same universe–I’ve done too much construction there already not to use it, and it’s big enough to let me do nearly anything I want. More than that, I’m not a hundred percent certain of yet.