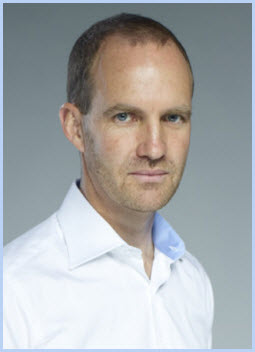 Special thanks to David Wright for answering 5 questions about his recently featured book – Downs: The history of a disability

David Wright received his BA and MA in History from McGill University and his DPhil (in History) from the University of Oxford (Great Britain). As a post-doctoral research fellow at Oxford he specialized in the history of health and medicine before being appointed Wellcome Trust Lecturer in the History of Medicine at the University of Nottingham. David has recently returned to McGill University as Professor of History, where he is a nominee for a Canada Research Chair at the Institute for Health and Social Policy. – Adapted from Amazon.com

#1 – What was the impetus for Downs: The history of a disability?

I was approached in 2008, by a colleague of mine, Helen Bynum, with the possibility of contributing a book on the history of Down Syndrome for a series that was being organized in conjunction with Oxford University Press (UK). Helen knew that my doctoral work had focussed on the history of developmental disability and that I had devoted a chapter on Dr John Langdon Down and this ‘discovery’ or naming of the syndrome. Down, of course, called it ‘Mongolism’. My personal connection, however, dates back much further; my sister, Susan, was born with Down Syndrome in 1967, and I have been involved with children and adults with disabilities throughout my life.

#2 – Our science ideas about Downs have changed over the years. What scientific developments have led to these changes?

Arguably, the most important scientific breakthrough had to do with basic (rather than clinical) science. In the 1950s, human genetics came into its own and began to process clearer photographs of the human chromosome. New techniques not only confirmed the 46 chromosomes shared by all human beings, but revealed anomalous structures (missing parts of individual chromosomes, or extra ‘pieces’ of others) that led to specific syndromes. The identification of the trisomy on chromosome 21 was one such discovery (in 1958). As knowledge of this discovery was translated and generalized, older stigmatizing theories of the causes of Down Syndrome faded away over time.

#3 – What scientist do you think has been most influential in our understanding of Downs Syndrome?

There are two influential scientists in the history of Down Syndrome. John Langdon Down, the Victorian asylum superintendent, framed the condition as a disease entity with his racialized appellation of ‘Mongolism’. Jerome Lejeune, the French cyto-geneticist whose team were the first to publish the discovery of the trisomy 21 (though this role in the discovery is now part of an acrimonious debate in French scientific circles), led to a new geneticization of the syndrome.

#4 – Are we moving into a more positive future for people diagnosed with Downs Syndrome?

There was great progress in the social responses to individuals born with Down Syndrome in the post-WWII era. Greater access to regular education, the closure of long-stay (sometimes dehumanizing) institutions, greater social valorization in society, all of these led to positive changes in the quality of life born with trisomy 21. However, it is unclear to me how much has changed, for example, in the last 20 years. The general decline in welfare state programs in the West cannot augur well for vulnerable and dependent individuals. So I am afraid that it would be difficult to predict that the future will be more ‘positive’ than the current situation.

I am just completing a history of Toronto’s Hospital for Sick Children, which was (and is) one of the leading paediatric institutions in the world. It was home to, amongst other things, the first Pasteurization plant in Canada, Pablum (the famous enriched baby formula), the Mustard Procedure (life-saving surgery for blue babies), and the discovery of the gene responsible for cystic fibrosis. The book seeks to understand the social and medical history of the hospital within the broader history of Canadian health and medicine.

One thought on “Science Book a Day Interviews David Wright”