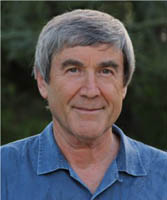 Special thanks to Paul Davies for answering 5 questions about his recently featured book – The Goldilocks Enigma: Why is the Universe Just Right for Life?

My profession is theoretical physics, especially applied to quantum physics, astrophysics and cosmology. In the last 20 years I have also worked in astrobiology, a subject that addresses the origin and evolution of life, and the possibility of life beyond Earth. In 2009 I embarked on something completely different – applying concepts from physics and astrobiology to the problem of cancer. Although these research topics seem very disparate, in my own mind they link up deep down. – From Paul’s Bio

#1 – Your book was first published in 2006. What has been the response to the book in that time? From physicists? From the public?

Most of what I put in the book is pretty standard physical theory – the party line, if you will. Because I deliberately wrote about the more contentious topics in a neutral way, citing the many different points of view, I have not received any criticism. Where I parted company with the mainstream, by suggesting that the laws of physics might not be immutable and transcendent, I have met with more skepticism. A cosmology colleague said what he enjoyed most about the book was me squirming around trying to make the case for linking observers and laws (unconvincingly in his view). Since I wrote the book Lee Smolin has also been expounding similar ideas. One very speculative section of the book predicts that the “wiggle room” in the laws of physics can be exposed in certain physical processes, such as quantum computers. That claim attracted a certain amount of puzzlement and even hostility, but I was gratified that even the hard-nosed experts in quantum information processing conceded that I had raised a legitimate issue. A physicist/theology fried bemoaned the fact that the book is an attack on theism, which he felt offered a more economical explanation for the bio-friendliness of the universe. More seriously, some physicist colleagues reacted with hostility and alarm for my even raising the subject of the origin of the laws of physics. This touches on a raw nerve in the scientific community. Reactions to my insistence that we confront the issue of where the laws of physics “come from” ranged from “We can just accept the laws as they are and question no further,” to “that lies outside the scope of science”. Mostly, scientists prefer to not talk about it. Or they say that the laws we observe are low-energy effective laws valid only after the heat of the big bang has abated, but then they sweep under the carpet the origin of the meta-laws that give rise to the low energy effective laws.

As far as the public is concerned, all the topics covered in the book seem like Alice-in-Wonderland, and I have had no serious criticism.

#2 – The idea of the Goldilocks Zone has become a big part of our thinking about planetary systems that sustain life. How do you think this concept has helped our thinking? How has it hindered it?

#3 – How has the field changed since the book was published? What ideas from the book have stood the test of time?

As I said, 90% of the book is standard (albeit unfamiliar to the public) physics. The Higgs boson held up. As far as I know, nothing I discussed in the book has been knocked down by new scientific developments. I suppose that the multiverse concept is now bandied about a lot, and has slowly become the preferred option for cosmologists (over the alternative of a single universe starting with a unique big bang). What I feel was the most important contribution was for me to stress that the universe is NOT explained by simply appealing to the laws of physics to explain the big bang (or many bangs in the case of the multiverse). Many physicists and cosmologists fall into that trap.

#4 – You have written a number of successful books on physics. How do you go about conveying such abstract and difficult concepts and making them accessible?

Number one rule is: do not use mathematics! That makes the job very hard, so I make a lot of use of metaphor and analogy. I think I have a knack of finding the right sort of everyday experience that matches the essentials of the concept I am trying to convey. Another problem is that topics at the forefront of fundamental physics and cosmology require not just one, but a range of tough, abstract, topics: for example, quantum mechanics, relativity, gravitation (with curved spacetime), quantum theory of fields, particle physics, string theory, higher dimensions, astrophysics, and so on. It is expecting a lot for readers to hold all those concepts in their minds at once (although we professional physicists have to, of course).

#5 – Are you working on a new project/book that you can tell us about?

My life has been overwhelmed by running a major cancer research program, for which I am responsible for not only coming up with a wholly new theory of cancer, but administering a research agenda ranging from clinical trials to half a dozen laboratory experiments that I understand very little about! Only when I move on from this phase will I write another book. It may be about cancer. (In case you are interested, check our website cancer-insights.asu.edu).

One thought on “Science Book a Day Interviews Paul Davies”