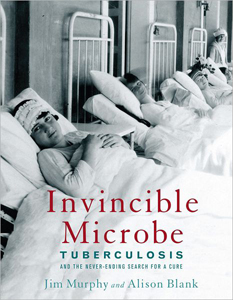 By Jim Murphy and Alison Blank

Synopsis: This is the story of one of the world’s greatest serial killer that has been striking for thousands of years. After centuries of ineffective treatments, when the microorganism that causes TB was finally identified, the cure was thought to be within reach. However, drug-resistant varieties continue to plague the human race to this day.

Part medical detective story and part “biography” of a germ, this is also a social history of a disease that has known no social bounds. Treatment that began long ago as bloodletting, and the ‘healing’ touch of a king, centuries later grew into a worldwide sanatorium movement for children and adults. Long considered a romantic illness amongst artists and poets, treatment was often unavailable to poor and minorities. In the end, the effort to combat TB spurred the development of public health in America and, along with HIV and Malaria, the effort to fight for global health around the world.